A spectre is haunting the Communist Party of Austria, and the spectre is the republic’s Pirate Party.

For the upcoming communal elections in October, the Viennese chapter of the Austrian Communists („KPÖ“) has joined the fray of campaigners together with the capital’s pirates. And why not? Alliances of any kind, for any purpose, with any organization of a vaguely leftist bent, are by principle welcome to every Communist Party. Solidarity and unity are deeply ingrained in the genes of class struggle since the 19th century. It is the natural response to the „divide et impera“ of the powers that be, or so the theory goes. In the given case, there are additional practical enticements for such a liaison:

The most important reason for the decision was probably this: it sort of worked last year.

Cue in the violins and remember 2014

The current alliance is not the first joint adventure between pirates and comrades. Last year, the parties ran for European Parliament together and scored 1.5 percent — a new record for both of the participating organizations, as the KPÖ was gleefully pointing out at every occasion.

The original liaison 2014 was announced as a „political sensation“ and was reported as such by the nation’s news-outlets, who, up to that point, had been more or less ignoring the KPÖ since the demise of Stalin. Of course, in 2015 they have the problem that it is not a sensation anymore when you do it the second time. And in contrast to this season, the alliance sported the modestly prominent name of Martin Ehrenhauser as frontrunner in 2014. So far, media response has been slow.

Encouraged by the modest improvements to earlier KPÖ election campaigns, the communists desired a sequel to the alliance of 2014 and made generous concessions to the Viennese pirates, who pledged „I will“ in March, under the thermokinetic protest of the rest of the party who were urging ideological arguments, of course. 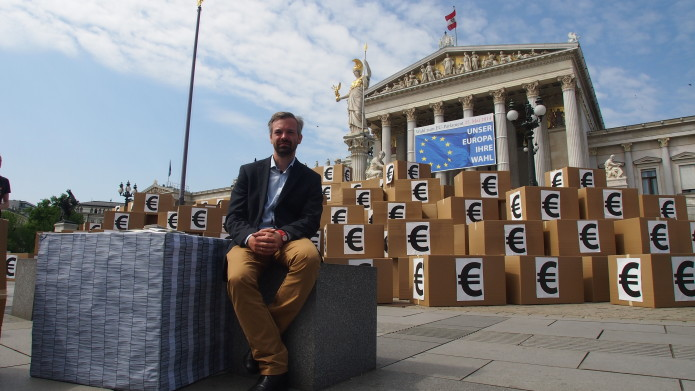 These were the days… last year

Since then the KPÖ has installed the pirates‘ 22-year old Juliana Okropiridse as frontrunner for the city’s mayor’s office. The Communists did most of the work for public exposure and have agreed to lend the pirates 30,000 Euros, due only in the case of a government refund, which is not a realistic expectation. (An election result of five percentage points or more is required to be eligible for that subsidy.)

However, through the lens of most recent developments, it is difficult to not feel some sympathy for the KPÖ. For all their generosity, the party essentially fell victim to a bait-and-switch. Whatever it was the communists were expecting for their dowry and concession is probably not what they will get.

Not much is left of the Pirate Party of Austria, and the few pirates who were actively participating in the joint campaign of 2014 have left the party or politics altogether. The Viennese chapter in particular has been dormant for a year, with not even half the number of members. The remaining pirate partisans are deadbeat officials who have elected each other. The most active of them is the aspiring district official Gerhard Hager who has been limiting his political activity to DJing in the Pirate Party’s online forum. Volunteers for politics are scarce in Austria to begin with and completely absent in the empty shell that has remained of the Viennese pirate party. With the exception of the frontrunneress, the pirates have been absent in the campaign.

Pirate frontrunner Juliana Okropiridse has indeed been showing up occasionally, but turned out to be a complete dud in interviews and public appearances, with poor oratorial skill and no visible preparation. By tradition, the Austrian communist party is very forgiving when it comes to their token women, but Juliana Okropiridse was obviously a mistake. Needless to say, poor frontrunners are pure poison to attracting volunteer talent, no matter toward which political camp they are inclined.

The most serious blow, however, came from two ex-pirates in public office in the province of Tyrol, who were indicted in May, for a very public Marihuana-scam in concomitance with embezzlement. It ended in a sentence of more than four years in the slammer for Alexander Ofer, a notorious magnet for bad press. Tabloids had a field day with the scandal. During the trial Ofer not only showed no remorse, he defended his consorting with prostitutes as „support for single mothers“ and the cocaine found in his possession as „for testing purposes“. In order to fan public outrage, the crime-and-bare-breasts-rag Österreich („Austria“) reported that Ofer intended to keep receiving his salary as a politician during his sentence.

The fact that Ofer had been kicked out of the party in 2012 did not matter much to the press who were not exactly pedantic in pointing that out. Neither did it matter for the Austrian public at large. The Viennese pirates were completely mum about the affair, probably busy with finding more music videos for daily updates in the forum. This turn of events arguably defeated the purpose of teaming up with the already battered, but still bankable, name „pirate party“. („Bankable“ if you are the KPÖ and are even worse off with „Kommunismus“ in the name, which is synomyous with „Stalin“ and „Gulag“ for most Austrians.)

Serves you right, KPÖ! Socketeering is no substitute for due diligence!

At the time of the decision to share campaign efforts and results, the KPÖ would have had enough information to refrain from it, because Ofer was indicted in November. Juliana Okropiridse would have failed a simple screen test. A glance on pirate activity would have revealed total absence thereof.

However, it is not only lack of due diligence you can reproach on the communists. As they say in America: you can’t con an honest man. You cannot con an honest party, either. What the communists did to the Pirate Party was essentially a hostile take-over. The then soon-to-be communism-starlet Juliana Okropiridse showed up at the pirate assembly vote for or against the alliance in the company of homeys from the communist youth organization who tipped the balance in favor of joining. She had to do it twice, because the first voting was ruled unstatutory by the pirate arbitration board. Okropiridse’s commie socks also voted pirate issues out of the campaign at that assembly.

This will not end well

So far, the only visible influence of the Viennese pirates on the campaign is a sudden onslaught of profanity, a traditional hallmark of the capitals’s piracy (together with bar brawls). In an article about wealth distribution in Austria on the campaign website, Didi Zach, Okropiridse’s running mate, quoted himself as naming political opponents as „assholes“. Okropiridse herself is peddling vomit bags at campaign press conferences. The slogan that goes with it is an allusion to scooping dog feces from the sidewalk. 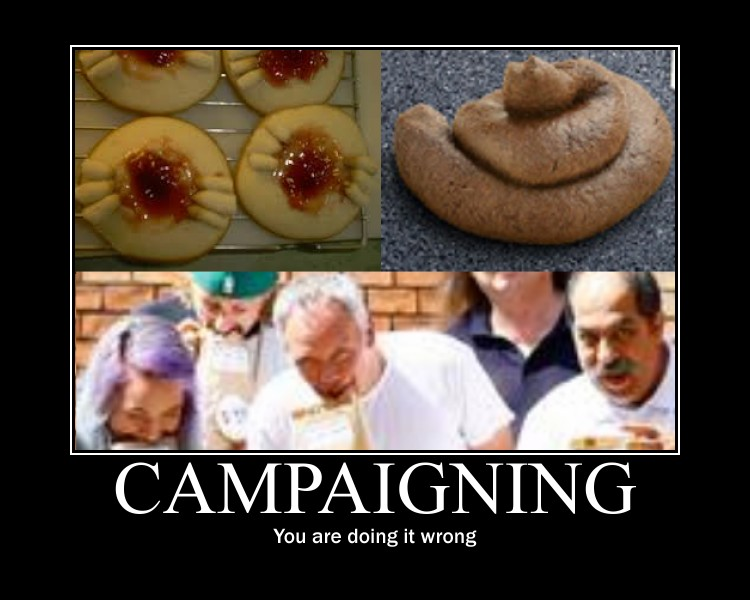 And that, my friends, is pretty much the state of the pirate union in Austria. It has come to this.